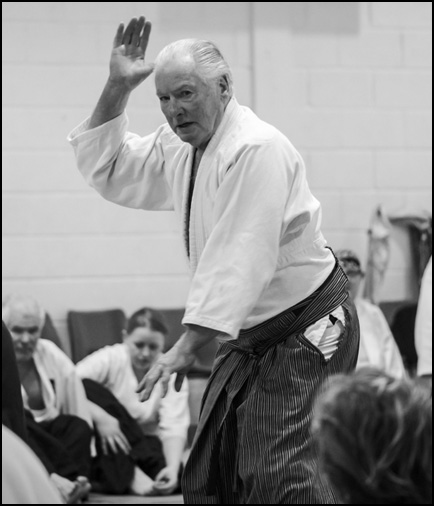 Sensei Jones started his Aikido during the Summer of 1961. As Aikido developed in the UK the West Wales Aikido Society was formed in 1982 and recognition from the Martial Arts Council soon followed. The Society quickly developed and three years later the name was changed to ‘The Aikido Society of Wales,’ which was then joined by the Plymouth School of Aikido.

Sensei Jones studied under various Japanese Sensei’s although the main influence on his Aikido style are Tohei Sensei, Chiba Sensei and Tamura Sensei. Incorporating the traditional Aikido with the modern concept of Ki training making the style relaxed, flowing and dynamic.